Early Beatles Revolution: JFK and the anti war movement that was sweeping America.

MEANWHILE THE NEWS AROUND THE WORLD IN THIS ERA

Canon John Collins of St. Paul's Cathedral, a leading figure in the campaign for nuclear disarmament which organized the two ban-the-bomb marches over the Easter holiday, addresses a mass protest rally in London's Trafalgar Square on April 3, 1961, after the marchers had converged on central London from Aldermaston and Wethersfield. (AP Photo/Staff/PRI) #

Kennith Gelpey wears protective clothing as he emerges from a fallout shelter in Medford, Massachusetts, on October 23, 1961, with a geiger counter in hand to "test for radiation". Gelpey and his family spent the weekend in the shelter to test their equipment. (AP Photo) #

A tightly clutched Madonna and eyes filled with tears tell the story as an African-American girl is whisked away from the University of Georgia campus in a state patrol car, on January 12, 1961. Charlayne Hunter, 18, who started classes at the school on Tuesday under federal order, was withdrawn last night for her own protection when students staged an uprising against the integration. (AP Photo/Horace Cort) #

Soviet cosmonaut Major Yuri Gagarin (right), shakes hand with Leonid Ilich Brezhnev, the General Secretary of the Central Committee of the Communist Party of the Soviet Union, after the Soviet statesman awarded Gagarin the Order of Lenin and a Gold Star medal of the Hero of the Soviet Union for his achievements in becoming the first man in history to travel in space. (AFP/Getty Images) #

Mike Hailwood, 21, of Oxford, is shown at speed on his Norton motorcycle in the 226-mile Senior International Tourist Trophy Race on the mountain course in the Isle of Man, United Kingdom, on June 16, 1961. He won the six-lap race at an average speed of 100.6 miles an hour, making T.T. history by winning three races in a week. (AP Photo) #

Police and secret service struggle in vain to free President elect John F. Kennedy (center) from a surging mass of Harvard students in Harvard yard in Cambridge, on January 9, 1961. Kennedy, normally a fast mover, was halted in his tracks when students broke through police barrier. He had to take refuge in a dormitory until police could bring a car to get him out. (AP Photo) #

Fidel Castro sits in a tank during the Bay of Pigs Invasion in April of 1961. Some 1,300 Cuban exiles, backed by the U.S. Government, invaded the island nation of Cuba, attempting to overthrow the government of the Cuban dictator Fidel Castro. The invasion failed disastrously, with 90 of the invaders killed, and the rest captured within 3 days. (OAH/AFP/Getty Images) #

Hangars which had been darkened during a strike by airline flight engineers are lighted at Chicago's Midway airport on February 23, 1961, as TWA planes are wheeled out to be prepared for resumption of service. The end of a wildcat walkout against seven airlines was announced in Washington, D.C. by President Kennedy. (AP Photo/EM) #

A giant electrified model of the human brain's control system is demonstrated by Dr. A.G. Macleod, at the meeting of the American Medical Association in New York, on June 26, 1961. The maze of twisting tubes and blinking lights traces the way the brain receives information and turns it into thought and then action. (AP Photo) #

An unidentified student demonstrator is choked by two policemen in Tokyo, Japan, on June 8, 1961, during a clash when police tried to disperse student demonstrators protesting against a controversial anti-political violence bill near the parliament building. Over 10,000 unionists and students took part in the massive demonstration marked by the screaming, rock-throwing and club-swinging clash between the students and policemen. (AP Photo) #

Jean Lloyd, of Ft. Lauderdale, Florida, lost control of her Stanguellini sports car and rolled over in first lap of a 20-lap formula junior race at the Sebring Airport on March 24, 1961 in Sebring. She was not hurt seriously and walked away from the accident. (AP Photo) #

Freedom riders stand at ticket counter of the bus station in Montgomery, Alabama, on May 24, 1961, as they purchase tickets to continue their ride through the south. At center is integration leader Reverend Martin Luther King, Jr. (AP Photo) #

The British rock and roll group The Beatles are seen during their first U.S. tour in this 1964 file photo. The band members, from left to right, are George Harrison, John Lennon, Ringo Starr and Paul McCartney. (AP Photo) #

A Freedom Rider bus goes up in flames after a firebomb was tossed through a window near Anniston, Alabama, in May of 1961. (AP Photo/File) #

A policeman orders his dog to attack an African-American who was too slow in obeying his order to move away from in front of police court, shortly before nine African-American college students went on trial for sitting-in at a white city library, on March 29, 1961, in Jackson, Mississippi. (AP Photo/Jackson Clarion-Ledger) #

Moments before photographer Tommy Langston was attacked on May 14, 1961, he shot this single photo of Klansmen attacking a Freedom Rider at the Trailways Bus Station in Birmingham, Alabama. The photo helped identify Klansmen involved in the assault. (AP Photo/Birmingham Post-Herald, Tommy Langston) #

National Guard troops enforcing martial law work out with bayonets and gas masks as they go through training maneuvers at Fort Dixie Graves in Montgomery, Alabama, on May 3, 1961. (AP Photo/Horace Cort) #

With some of their fans in the background, The Beatles board a plane for England at New York Airport, NY, Sept. 21, 1964. From bottom of ladder, Paul McCartney, Ringo Starr, John Lennon and George Harrison. (AP Photo) #

Beatle John Lennon is shown in this 1965 photo at an unknown location. (AP Photo) #

Beatles John Lennon continues to play the guitar as he evades a young fan who wants Lennon's yachting-style cap as a souvenir during the Beatles concert in Rome, Italy, June 28, 1965. (AP Photo) #

John Lennon, one of the members of the Beatles is shown as a state trooper aids him through a crowd of newsmen at Logan International Airport in Boston, Aug. 11, 1966 as he and other members transferred planes after a flight from London. The Beatles were en route to Chicago where they would start their third tour of American cities. It was Lennon who was quoted as saying the group is more popular than Jesus, setting off a ban by numerous U.S. radio stations on playing their records. (AP Photo) #

Rock and roll singers for the group The Beatles John Lennon, right, and Paul McCartney, holding the hand of Julian Lennon, walk with actress Jane Ashre across the tarmac following their arrival in Athens, Greece on July 22, 1967. The woman in the background is unidentified. (AP Photo) #

Maharishi Mahesh Yogi, considered as the "spiritual father" of the Beatles sits amidst George Harrison, left and John Lennon, during the UNICEF gala at the Palais du Chaillot in Paris, December 15, 1967. (AP Photo) #

Linda McCartney's photo of John Lennon, left, and Paul McCartney taken during the photo session for the cover of the Abbey Road album in 1969. The photo was part of the Linda McCartney photography exhibit at the Rock and Roll Hall of Fame and Museum which ran through Aug. 8, 1999 in Cleveland. (AP Photo/Linda McCartney) #

Beatle John Lennon, right, and Yoko Ono are shown circa 1969 at an unknown location. (AP Photo) #

Beatle John Lennon waves his marriage certificate as his bride, Japanese artist Yoko Ono, stands at his side after their wedding at the Rock of Gibraltar on March 20, 1969. They are about to board a chartered jet to Paris where they will honeymoon. (AP Photo) #

Beatle John Lennon and his wife, Yoko Ono, right, hold a bed-in for peace in room 902, the presidential suite at the Hilton Hotel in Amsterdam on March 25, 1969. The newlyweds, holding solitary tulips, begin a seven-day Love-In to protest against war. (AP Photo) #

John Lennon and his wife Yoko Ono share an Eskimo kiss (rubbing noses) during an interview in London, Feb. 9, 1970. Both had their hair shorn in Denmark to be auctioned off in London. The proceeds went go to the Black Power organization in Britain. (AP Photo/Bob Dear) # 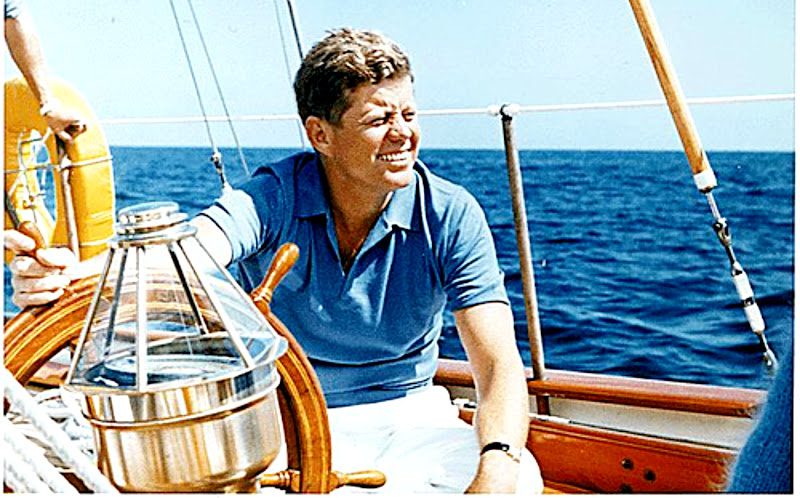